Sometimes, everything just comes together: clear needs, parties that complement each other, eager promoters and subsidies. When that happens, you have the opportunity to create something that really makes a difference in the lives of young people. Maaike Kempers describes how youth theatre school Drazans is building a bridge between theatre talents from Curaçao and a higher education programme in the Netherlands.

Just as Curaçao-based theatre school Drazans was busy setting up a talent training programme  in 2019, the University of the Arts Utrecht (HKU) approached Maaike Kempers to become an ‘ambassador’ in Curaçao for its theatre department. Maaike is a former HKU student who served as an artistic leader at Drazans for nine years. Nowadays she fulfils her duties as a board member of Drazans from France. “It’s easier to connect with Dutch organisations, schools and funds from here,” she explains. Her colleague Inet Arts, based in Curaçao, is in charge of Drazans’ daily operations.

The talent training programme proved to address a real need. Drazans has therefore decided to develop it more systematically over the coming two years, so that many more students and teachers on either side of the ocean can benefit from the programme. The goal is to transform a sporadic one-directional flow into a system of back-and-forth traffic. To make this a reality, the school has been awarded a grant through our Brug voor Talent (Bridge for Talent) scheme.

On one side of the ocean...

The HKU is looking to increase the influx of students with “an open and highly diverse worldview”.  The theatre department wants to become accessible for all talents and youths, and to be diverse not just culturally, but also in terms of socioeconomic and educational background. To these ends, the school has appointed ambassadors, former students who now work in the world of theatre and are in a good position to create connections.

“But,” Kempers says, “until now we had to come up with an individual plan for every single talented student seeking higher education.” This required Arts and Kempers to rely on their own contacts. “Those students’ paths depended entirely on just the two of us.” Furthermore, the sporadic nature of this influx meant that many promising talents missed out on the opportunity.

Curaçao-based youth theatre school Drazans offers not just regular drama classes, but also organises courses at schools in socioeconomically disadvantaged neighbourhoods. These courses are made possible thanks to corporate sponsors and private funds, with the Prins Bernard Cultuurfonds foremost among them. Every week, some 500 children from very diverse backgrounds receive dance and theatre lessons, and those who are willing and able can move on the Talentenklas (Talents Class).

However, since there is no higher education in theatre available on the islands, students who want to pursue this direction must move to the US or the Netherlands – which is a road full of obstacles. In fact, simply getting on that road is difficult enough, since the programmes in question are not represented at the local education fairs. “Because of that, children and their parents have an incomplete impression of the career prospects of these studies,” says Kempers. “We want to show them that theatre is a profession, and one that offers many more possibilities than just becoming an actor.”

Adding to the lack of information and the tremendous distances, the costs involved are high. “Students flying over for auditions should be able to do several auditions spread over a few days. But such issues are not taken into account,” Kempers says.

“There are so many differences. Some children in Curaçao are always brought to school by car, for example, while other children come from families that do not own a car, so they generally walk to school. There are buses, but those do not follow any kind of timetable. In short, not every student from Curaçao who visits the Netherlands for an audition will find it easy to hop on a bicycle or catch a bus using the public transport chip card. And if you’re late for your audition as a result, you’ve missed your chance. And then one of our Curaçao students attended an audition where they were instructed to play a provincial Dutch farmer….”

"Our students have no idea what to expect when doing auditions. One student wanted to wear her prom dress – in Curaçao, it’s customary to dress up for important events.”

“If we want to bring these students into the fold, we’re going to have to make some adjustments on the Dutch side, too. In addition to certain practical affairs, we have to adopt a very open attitude. We are going to start working with a buddy system, where students are paired with each other. The HKU will also be employing coaches to help create connections. Discovering new stories and perspectives is extremely valuable for all parties, including the coaches themselves. After all, at its core theatre is all about connecting.”

In 2020, Drazans and the HKU organised a Curaçaoan version of De Week Zonder Naam (The Week Without a Name) as a pilot project. During this annually organised week-long event, HKU students from all theatre disciplines collaborate on a single theme. “Getting to know other talented youths and disciplines helps students grow as people: their perspectives are broadened, they learn to think about social themes. Curaçaoan students have been taught to listen, not to form their own opinions.” The test proved to be a valuable initial connection – a rope bridge of sorts, as it were.

After the successful pilot, the organisers were able to identify some very concrete points for improvement. For example, there was a felt need for more exchange and sharing between Utrecht students and Curaçao youths during their parallel processes. Also, the influence of other disciplines was limited to that one week, and the event as a whole was something that many more students could benefit from. Based on these observations, the organisers formulated new objectives and applied for a grant to implement them.

"We have evidently tapped into a real desire – one that exists among students, but also among coaches and teachers.”

What this means is that the project’s social impact may extend to far more people than just talents and candidates for higher education. This effect could be reinforced through the collaboration with neighbouring islands that Drazans has in mind. Kempers explains how the network is expanding: “The HKU is devoting attention to this in its media communications, which gets picked up by others. The grapevine is buzzing, and we’re already getting a lot of positive reactions. Schools, including other art schools, and coaches from a variety of disciplines are eager to be involved in this project, and that has a catalysing effect.

“Where in the past we were limited to single projects, single weeks, this grant makes it possible to organise more creative projects in the run-up to the week and to reinforce the standard programme with all those new connections: across the island, with the Netherlands and possibly with neighbouring islands. We now have time to work with someone from Aruba and to figure out whether they face the same obstacles that we do, and which partners could get involved in the project. The grant is a boost that enables us to set everything up more solidly.”

When different parties have so much to offer each other, bridge builders are a wonderful thing to have!

“A former teacher of mine drew my attention to the Fund, where an advisor told me about the Brug voor Talent grant scheme,” says Kempers. “It was very helpful to be able to talk with the programme advisor and programme assistant while writing the application and drafting the budget. We were pleasantly surprised by the casual atmosphere. Also, the committee offers a detailed explanation of its assessment, which is very useful.”

Drazans is using the grant to realise three objectives, thereby building a strong foundation for the “bridge”:

Kempers: “The grant enables us to work on a larger whole instead of small separate education plans, giving students the certainty that if they want this kind of education, there is a way to get it. We can also involve them at an earlier stage – instead of waiting until right before they proceed to higher education, we can begin in year three of secondary school. And even students who ultimately end up doing something else will still benefit greatly from their theatre experience throughout the rest of their lives.

“Furthermore, people who have studied abroad often feel a need to return to their home country to share their knowledge and experience. Despite the bleak economic prospects, it seems that more and more theatre makers, teachers and actors of Caribbean backgrounds are feeling that desire, leading them to do projects or teach workshops and classes in Curaçao. We hope that our theatre talents will ultimately also want to contribute to talent development on the island.” 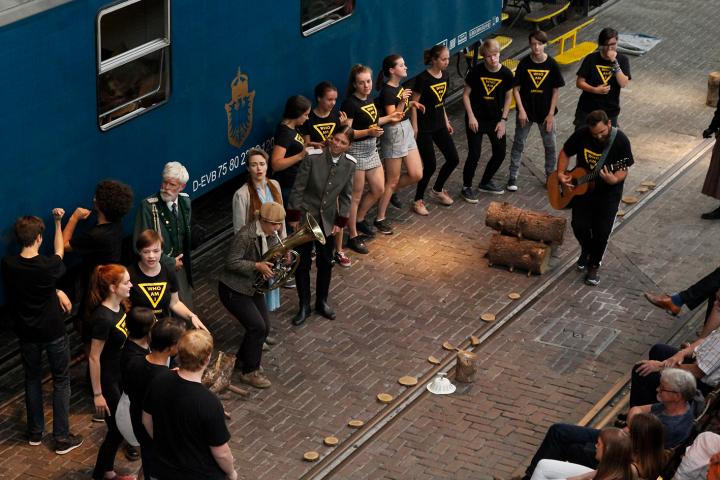 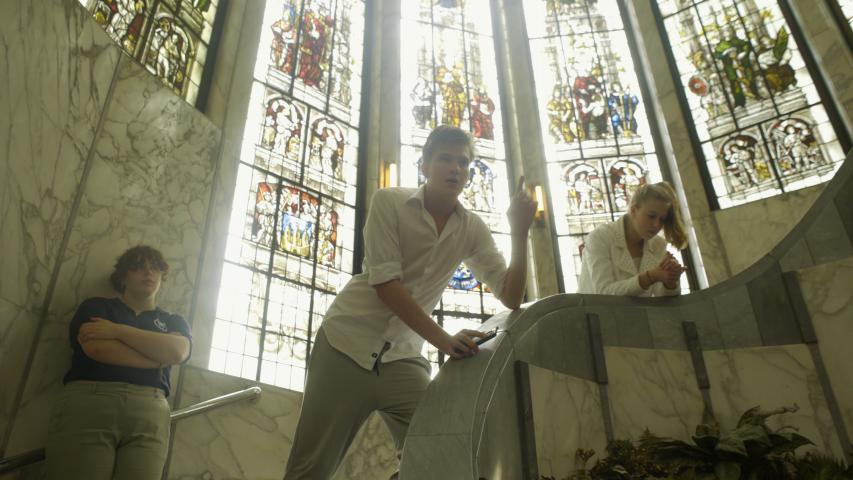